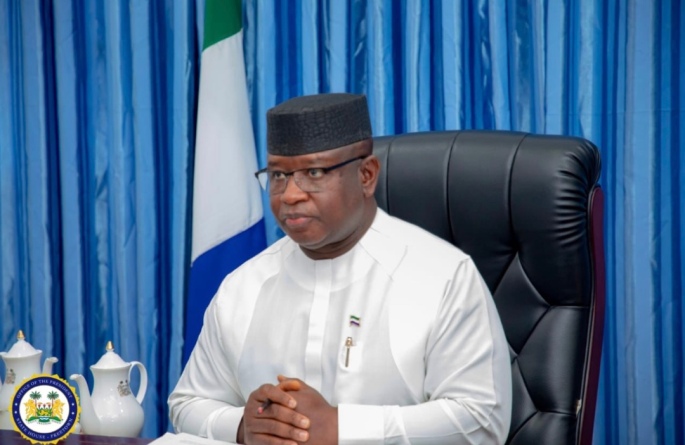 His Excellency President Dr Julius Maada Bio has presided over a special virtual summit, the second APR Forum of Heads of State and Government, that also discussed peer review efforts and unconstitutional changes in Africa.

“At a time when our continent is being buffeted by new winds of political instability, our commitment to the APRM is more than just a critical affirmation of our own agency and an endorsement of institutional building. It also demonstrates our resolve to address questions of unconstitutional changes of government, peaceful dissent, and free and fair elections.

“We are meeting today, virtually, to peer review the reports of the Republic of Kenya. I commend my brother President UhuruKenyatta for opening up his country to the review team from the APRM Continental Secretariat.

President Bio, who expressed his delight to participate, in his new capacity as Chairperson of the APR Forum of Heads of State and Government, noted that the continent was disproportionately affected by a conflict to which Africa was not a party, adding that the African Union’s position had been clear from the beginning that it would refuse to take sides but would encourage belligerents to negotiate with a view to ending a war that could have devastating ramifications way beyond the theatre of war.

“I am encouraged by the calls for peace made by my peers across the continent. I particularly want to commend the robust diplomatic initiative, spearheaded by the Chairperson of our African Union, His Excellency Macky Sall, to seek an amicable settlement and, therefore, attenuate the severe effects of the conflict on our continent.

“The APRM team analysed progress on the Big Four Agenda and other salient issues in Kenya. Additionally, it is also noteworthy that Kenya has conducted the most targeted reviews at once.

“From the growing number of targeted and country reviews undertaken by the APRM, I am heartened that there is an inflexible focus by African countries on accelerating progress towards the achievement of the goals and priority areas of our AU’s Agenda 2063. Indeed, there is a growing recognition that we can realise our continent’s big dreams and untapped potentials,” he noted.

In his statement, the Chief Executive Officer of the African Peer Review Mechanism, APRM Secretariat, Professor Edy Maloka, said he was happy to address the forum of African leaders and thanked President Bio, as Chairperson of the APR Forum, and the people of Sierra Leone for the warm welcome since they arrived Freetown for the hybrid summit.

He further went on to thank all Heads of State and Government of the Forum for the guidance and support provided to the APRM and for allowing the Special Summit to hold, including the discussions around the peer review of the Targeted Review Report of the Republic of Kenya on the Presidential Big 4 Agenda.

CEO Maloka recalled that the 35th Ordinary Session of the Assembly of the Heads of State and Government of the AU raised concerns over the upsurge of unconstitutional changes of government on the continent, citing President Bio’s submission to his peers for the AGR-2023 to focus on those challenges.

He concluded by highlighting a few achievements of the APRM since its last summit, which among other things, were the preparation for the second review of Sierra Leone, training and capacity building for stakeholders in Sierra Leone, Namibia, Niger and Nigeria on developing implementable national progress of actions. 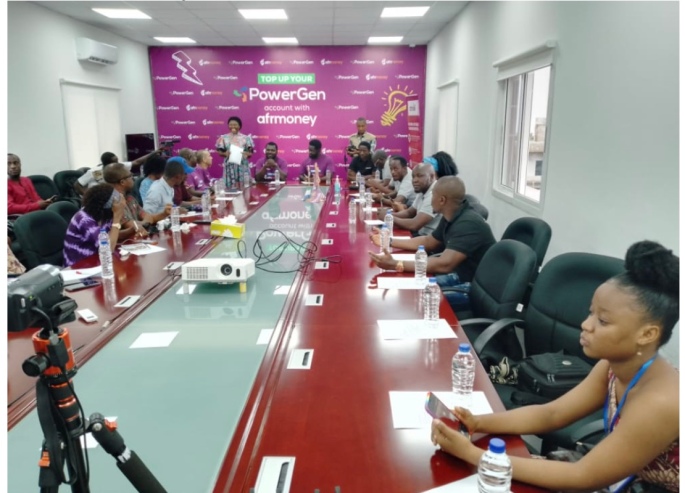 Afrimoney last Friday signed a partnership agreement with PowerGen in relation to customers’ welfare and safety especially those who use Afrimoney to continue sending the digital money to their relatives and loved ones in the provinces and for those using PowerGen solar lights to subscribe for their relatives through payment with Afrimoney.

Country Manager for PowerGen Sierra Leone, Hassan Suma thanked the Director of Afrimoney & team as well as the media for their continued efforts and for believing in partnership.

“PowerGen is a rural renewable energy. It’s based in the United States of America and also has headquarters in Kenya. We started our operation in Sierra Leone in 2018 and PowerGen has been a service provider to almost 3000 customers whom have benefitted from our services across the country”, he said.

CM Suma added: “Today is a historical day for PowerGenand Afrimoney which I believe would be recorded in history. We have signed twenty years contract agreement with the government of Sierra Leone, that means PowerGen and Afrimoney will enjoy a twenty-year partnership and it will even continue after our contract with the government of Sierra Leone ends. I can assure you that we will renew our partnership”.

He said PowerGen is publicly financed by DIVD. According to Barrie, they started their project under the rural renewable energy in the Southeast of Sierra Leone, adding that they have got 12000 households that are currently enjoying PowerGen. He mentioned towns like Tihun, Bo, Bonthe and other places in the Southeast. Suma promised that they are working to expand their operation to the Northern part of Sierra Leone.

He informed that they have the solar and the hybrid that charge light instantly. He ended by saying ‘wherever you see PowerGen say darkness bye bye’.

“My brother here said PowerGen can now boast of having 12000 households. On that note, I believe that if six persons are living in a house, 3 to 4 people would use phone in that particular household and  by 2020 there were 3.3 mobile phones in Sierra Leone”, he lamented.

He concluded by thanking the Country Manager of PowerGenand team and promised that Afrimoney will continue to be with them throughout their partnership.

Some people were curious to know if PowerGen facilities are available in Freetown but Mr Suma said they only operate in the provinces; the Electricity Distribution and Supply Authority (EDSA) is in Freetown. He said their tariff system is cheaper for their customers in the interiors.